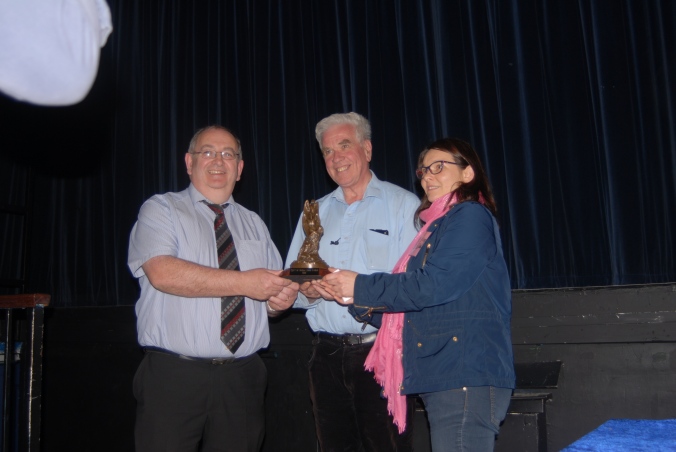 The Cork Mother Jones Committee is delighted to announce that Fr Peter McVerry is the recipient of the 2015 Spirit of Mother Jones Award.

Fr Peter McVerry  was presented with the award earlier today (Thursday)  following his thought-provoking address on the topic …..”Homelessness – the failure of social policy”.

Fr Peter McVerry has spent virtually all his adult life providing for the homeless and providing drug treatment and drug prevention services to thousands of people who fall through the cracks in society. He opened his first hostel as far back as 1979 and founded the Peter McVerry Trust in 1983 which plays a huge role today in providing services for many homeless people.

According to Jim Nolan of the Cork Mother Jones Committee

“Fr Peter McVerry was the unanimous choice of the entire Cork Mother Jones Committee to receive the Spirit of Mother Jones Award in 2015. He receives it in recognition of his unstinting efforts to provide a voice for those without a voice or power in society and for the way he openly challenges the political establishment to find a permanent political solution to this growing problem”

“He receives it due to his fearlessness in pursuit of a political solution and for how he does not accept the cosy consensus which tries to keep the homeless issue out of sight…for his ability to raise the inconvenient truth that Irish society can end this problem by making a political decision to do so upsets a lot of people in high places……….and for his refusal to shut up and go away.”

“The Peter McVerry Trust under the inspiration and dedication of Fr Peter has worked in the very front lines of finding solutions for homelessness for over three decades and we believe that he is a very worthy recipient of the Spirit of Mother Jones Award 2015. We are satisfied that Mother Jones if she was alive today would have been very proud of Fr Peter for his ability to highlight the social injustice of homelessness and would support his efforts to put forward solutions. It is a great honour for our committee that he has agreed to accept the award for 2015 as a small token of our appreciation for his efforts.”

Previous recipients of the Spirit of Mother Jones award were Margaret Aspinall of the Hillsborough Family Support Group in 2013 and Gareth Peirce, Solicitor in 2014.