The Lord Mayor of Cork Cllr. John Sheehan launched the 2019 Spirit of Mother Jones Festival and Summer School at the Maldron Hotel in Shandon on Wednesday 26th June.

During the course of the launch, the Lord Mayor praised the organisers of the festival, stating that such a festival was essential in a democracy where people could attend, listen, participate and examine their own ideas and views on issues in society.

Lord Mayor Sheehan with James Nolan of the Cork Mother Jones Committee at the festival launch.

Lord Mayor Sheehan said that he was looking forward to officially opening the festival on Wednesday 31st July in Shandon.
Music and songs were provided by Richard T Cooke, Joan Goggin and family and John Nyhan. Ann Piggott detailed the packed programme of events at the forthcoming festival and summer school, mentioned in particular the highlight of the March of the Mill Children pageant and formally thanked the Lord Mayor for launching the festival. 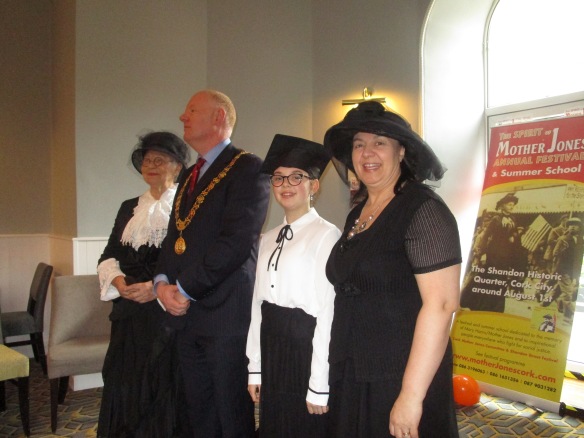 Lord Mayor Sheehan with James Nolan of the Cork Mother Jones Committee at the festival launch. 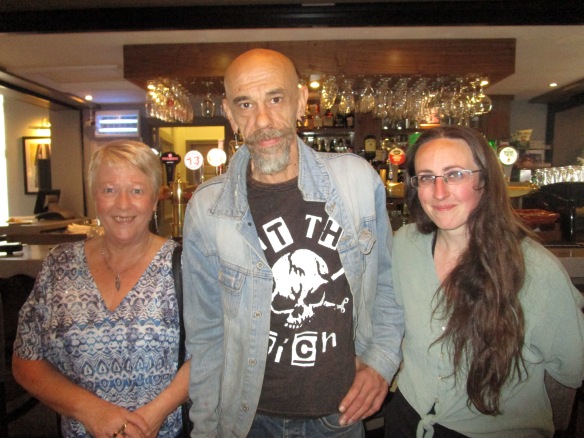 Our sincere thanks to all at Cobh Animation Team for their attendance at the launch and for the fabulous photos, many more of which can be found on their Facebook page https://www.facebook.com/CobhAnimationTeam/