The Cork Mother Jones Committee has received the following photographs of Mother Jones during her visit to Northern Michigan during the Copper Country strike of 1913/14. She went north to the Great Lakes area to address a mass meeting of the union members and supporters. Mother Jones was 76 years old at the time.

The strike, organised by the Western Federation of Miners (WFM), is today best remembered for the Italian Hall Disaster on Christmas Eve 1913 when a false fire alarm at a miners function in a hall in Calumet, Michigan caused a crush and resulted in the deaths of 73 people, mainly children.
Woodie Guthrie’s song “1913 Massacre” tells the story of this disaster. 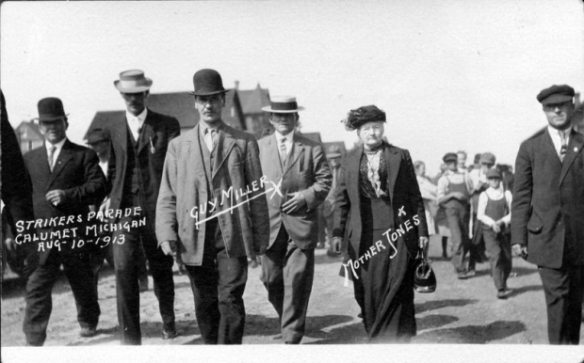 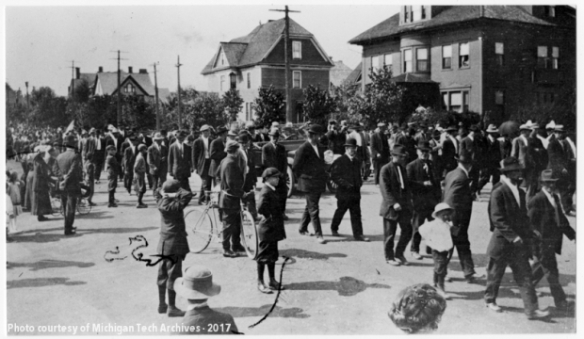 We acknowledge also the assistance of Jeremiah Mason Archivist of the Lake Superior Collection Management Centre in Calumet, Michigan. Thanks also to James Goltz of the Mount Olive museum.