The 7th Spirit of Mother Jones Festival & Summer School came to an end last evening (Saturday, 4th August) with a well-attended toast to Mother Jones at the plaque in her honour at John Redmond Street.   The 2018 festival has been a tremendous success with capacity crowds at […] 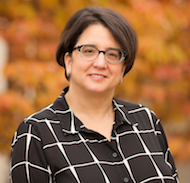 Emily E.LB Twarog will appear at the Spirit of Mother Jones summer school on Friday morning 11am at the Cathedral Visitor Centre.  For many people in Ireland, American politics remain a mystery, we do not understand how Donald J Trump could be elected President of America. Dr Twarog […]

One Woman’s Fight for Justice

Louise O’Keeffe describes herself as an ordinary West Cork woman and mother of two children. Yet this extraordinary woman took the Irish government to the European Court of Human Rights (ECHR), which in January 2014 found in her favour in a landmark judgement. Louise had fought a […]

1st August 2017, is Mother Jones Day in Cork and it is also the opening day of the 6th annual Spirit of Mother Jones Festival & Summer School in the Shandon area of the city. Today’s events start with the official launch of this year’s festival by the […]

Origins and Lessons of the Spanish Civil War

Historian and author Harry Owens, will address the topic “Origins and Lessons of the Spanish Civil War” at the Maldron Hotel on Friday 4th August at 2.45. The Spanish Civil War was one of the most significant events of the 20th century and became a frightening prelude to […]