The 8th annual Spirit of Mother Jones Festival and Summer School continues today (Friday, 2nd August) and until tomorrow night.  Below you will find today’s programme.

A film documentary produced by the Ford Ex-workers Group and Frameworks Films.

Statement by Madame Ginette Ravaleu, President of the

French-Irish Association of Relatives and Friends of the Betelgeuse

The 8th annual Spirit of Mother Jones Festival and Summer School continues today and until next Saturday night.  Below you will find today’s programme.

“The Extraordinary Life of John Swiney, the United Irishman from Shandon.”

Readings  from your favourite poets of revolution and social change. 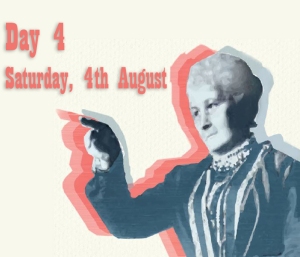 “NAMA-land…the inside story of Ireland’s property sell-off and the creation of a new elite”.

The true story of how a group of London-based gay and lesbian activists supported the                   families of Welsh miners during the 1984 miners strike. In association with the Quay Co-op and the support of Cork LGBT + Pride Week.

7.30    M  Toast and songs to Mother Jones at the plaque on John Redmond Street. Followed by music and festival closing events at the Shandon Plaza.

Launch of 2018 Spirit of Mother Jones Festival and Summer School

Details of this year’s events will be released at a Press Launch in Cork’s Maldron Hotel tomorrow (Wednesday 26th June).

The Cork Mother Jones Committee is delighted to announce a varied and topical programme of events for the festival in 2018.

As well as the traditional venues at the Firkin Theatre and the Maldron Hotel, we are particularly pleased to announce that many of the talks at this year’s summer school will take place at the Cathedral Visitor Centre attached to the historic North Cathedral.

In effect Mary Harris/Mother Jones is coming home as it was on 1st August all of 181 years ago that she was baptised at the North Cathedral in the very same 200 year old baptism font which is still used today in the Cathedral.

Among the major highlights of the festival will be the premiere of a new documentary, Fords – Memories of the Line’, a film about what it was like to work on the assembly line at Ford’s car manufacturing plant in Cork, which operated on the Marina from 1917 to 1984. The documentary was produced by Frameworks Films, a Cork based production company, in collaboration with Ford’s Ex-Workers Group. It will document the closure of the factory in 1984 and the impact this had on the men, their families and the city of Cork. This should be of interest to anyone connected to the Ford Motor Company and its car factory in Cork

The Committee intends to celebrate the achievements of the suffragette movement and the one hundred anniversary of the right of women to vote, which took place in the 1918 election.

In an extraordinary coincidence, during a visit to America in 1918, Hanna Sheehy Skeffington had shared a speaking platform in San Francisco with Mother Jones.

The two Cork-born women met and spoke together at this meeting on April 16th 1918.

Hanna’s American visit and her meeting with Mother Jones will be described by Micheline at the Mother Jones summer school on Saturday 4th August, 2.30 at the Firkin Theatre in the Shandon Historic Quarter.

Professor Louise Ryan, a native of Cork, is professor of Sociology at the University of Sheffield, who has published extensively on the suffragette movement. Her recent publication Winning the Vote For Women is a huge contribution to an understanding of the period will examine the connections between the Irish campaigners for womens’ rights and the trade union movement.

Further Cork highlights include a specially commissioned lecture from noted Cork historian Anne Twomey who will speak on the lives and influence of Mary, Annie and Muriel MacSwiney. This will be of major interest to many people in view of the role of the MacSwiney family during the War of Independence and in the new State.

University College Cork historian Luke Dineen will lecture on Cork born Thomas “Corkie” Walsh, a member of the Irish Citizen Army, who fired the first shot of the 1916 Rising in Dublin. A memorial was recently erected to “Corkie” Walsh in St. Finbarr’s Cemetery.

According to James Nolan, spokesperson for the Mother Jones summer school

“We are thrilled that Dr. Sheehy Skeffington and a wide range of the other speakers have agreed to come and speak at the seventh annual Spirit of Mother Jones summer school.

They will explore the various connections between the campaigns for votes for women and the trade union movement as well as the war of Independence over hundred years ago while others will speak on current international and national topics.

The summer school has gone from strength to strength and many hundreds are expected in the Shandon area as a further indicator of the growing importance of this unique event and the line-up of speakers and films this year is testament to this.”

The addition of the new venue, the Cathedral Visitor Centre will allow for a further expansion of the summer school and we are so happy that Mother Jones is returning close to her birthplace and indeed the very place where she was baptised in 1837”

Among the other speakers confirmed is Mary Manning who on the 19th July 1984 refused to register the sale of two Outspan South African grapefruits at the Dunnes Stores Henry Street branch and set off a chain of events which captured the world’s attention. Mary will tell the story of the Dunnes Stores Strikers and their historic fight against Apartheid which aroused the interest and gratitude of Nelson Mandela himself, on Friday evening the 3rd August at the Firkin Theatre at 7.30. Her book Striking Back. The untold story of an Anti-Apartheid Striker in conjunction with Sinead O’Brien, will be available.

Ms Louise O’Keeffe who having failed in the High Court and Supreme Court and who then took the Irish government to the European Court of Human Rights where she was successful over its failure in its duty to protect children in Irish school will speak about her lengthy 20 year battle through Irish courts.

Investigative journalist Frank Connolly will speak on NAMA-land. – How the transfer of billions of euro in public assets enriched a new elite which is the subject of his latest best-selling book.

The festival’s strong American connections is again reinforced this year by the presence of Dr John Barimo who will talk on the reasons why many American trade union and working class people supported Donal Trump.  Dr Emily Twarog of the University of Illinois will discuss the role of gender and the female vote in the USA, which had an influence in the election outcomes. Actress Loretta Williams from Illinois will re-enact Mother Jones at her fiery best.

Other films include the Cork premiere of Up to the Last Drop – The Secret Water War in Europe, produced by Small Planet Productions in Greece and directed by Yorgos Avgeropoulos.

On the final evening we have a special showing of the film Pride at the Firkin Theatre which documents the extraordinary cooperation between the London based LGBT community and the Welsh Miners during the 1984 British Miners Strike.

There will be a wide range of musical events, featuring Jimmy Crowley, John Nyhan, William Hammond, Richard T Cooke and the Shandon Shawlies and the Cork Singers Club in the wider festival at various locations in the Shandon Historic Quarter to celebrate the life and spirit of Mother Jones.

As the fame of Mother Jones spreads, 2018 has seen the erection of a road marker commemorating her on the famous Route 66 in Illinois as well as an exhibition at the new museum near Mount Olive her final resting place. There have been further exhibitions and gatherings in Chicago.

In early May 2018, the Irish Ambassador to America, Mr Dan Mulhall paid a visit to the grave and monument to Mother Jones at Mount Olive Miners cemetery accompanied by Rosemary Feurer of the American Mother Jones Heritage Project.

We wish to thank the Irish Trade Union movement, the Cork City Council and our sponsors for their support, all events are free and open to the public (but please come early as some events fill up quickly).

The Cork Mother Jones Committee is proud to introduce the 2015 Spirit of Mother Jones festival and summer school which begins on Wednesday 29th July and concludes on Saturday night, 1st August.

We feel very honoured to celebrate the memory of Mary Harris, known as Mother Jones, in the streets of her birthplace and we know that the speakers, musicians, poets, film makers, artists, singers, actors and the visitors will provide a festival and summer school that is interesting, relevant and challenging. The wonderful community of Shandon in Cork City will again provide a historic and colourful backdrop for the events. We also know that many others across the USA, the UK, Greece and elsewhere will be attending in spirit.

The full programme of almost 30 events over 4 days is available to download by clicking on this link: Spirit of Mother Jones programme 2015

The topics and subjects are varied and diverse, yet we are sure Mother Jones would have approved of the debates they will encourage among those attending. We will remember forgotten Cork heroes such as John Dowling and Lily Boole, and others such as Tony Benn, Joe Hill and Rachel Carson. We will hear of injustices perpetrated on the miners at Orgreave or on the Birmingham Six. We will wonder at the bravery of Irish Citizen Army and the labour struggles of the early 20th Century. We will hear of homelessness in our Republic in 2015 and the possible loss of our most precious natural resource.

We will listen to the very best of Cork and international music and song from Two Time Polka, Jimmy Crowley, Johnny Nyhan, Richard T. Cooke, William Hammond, the Cork Singers Club,  the Cork Rokk Choir and many, many more.

And we will experience Mother Jones herself when the superb Kaiulani Lee takes the stage to perform “Can’t Scare Me…the Story of Mother Jones”.

Virtually all the events are free and open to everyone, (just be early!). For that we have to thank our sponsors, the Shandon community, all those participating and contributing on a voluntary basis and the ongoing work of the members of the Cork Mother Jones Committee to celebrate an inspirational woman. Come along!

Pray for the dead and fight like hell for the living!

All articles unless stated are from the Cork Mother Jones Committee.

They are free to use by non profit organisations and by people who
fight for human/labour rights and social and environmental justice.

Photos and images. We try to acknowledge any copyright holders where possible. Any errors can be rectified immediately if you notify us.