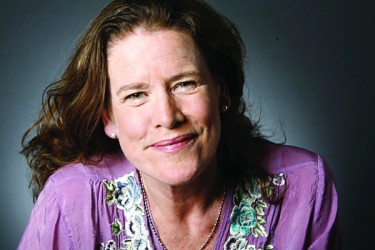 Kaiulani Lee is an author and actor with more than 35 years of experience in theatre, film and television, mostly in the United States.   She has appeared in numerous films, television dramas and theatrical work, including her acclaimed stage performance in the role of Mother ones in Can’t Scare Me, the Story of Mother Jones.  Another award-winning play is A Sense of Wonder.

Kaiulani Lee has been nominated for the Drama Desk Award on Broadway and has won the OBIE Award for outstanding achievement off-Broadway.

Ms. Lee has guest starred on numerous television series from The Waltons to Law & Order.  Her film work began with The World According to Garp and has continued through Civil Action, Stephanie Daley and A Bird in the Air.   She portrayed “Martha Ballard” in the critically-acclaimed PBS film A Midwife’s Tale.

She taught in the film department at New York University’s Kanbar Institute of Film and Television and for the past thirteen years has taught acting at George Mason University, Fairfax, Virginia. Ms. Lee is the recipient of an honorary doctorate from Bowdoin College for her contribution to and excellence in the arts.

In Cork, Kaiulani will reprise her role as Mother Jones in excerpts from her stage show Can’t Scare me, the Story of Mother Jones.    According to critic Terry Ponick of the DC Theatre Scene, “(Kaiulani) Lee speaks in Mother Jones’ native Irish dialect throughout and carries it on spectacularly well without breaking stride as some thespians occasionally do. She’s also at home with the character she embodies, behaving gently and solicitously when her labor union charges need grandmotherly advice, but then erupting into a full-blown radical rabble-rouser when she climbs the barricades. It’s an awesome performance, a phenomenal realization of a bigger-than-life historical character, impressive whether you’re on the side of labor unions or not.”

Her performance in Cork will add a sense of living history to the story of Mother Jones and we are sure that she will impress her audience and bring Mother Jones to life in our midsts during the Cork Mother Jones festival.