Two troubadours – singer / songwriter / historian Richard T. Cooke (left) who is also a member of the Spirit of Mother Jones committee with one of Cork’s “national treasures” Jimmy Crowley as they prepare for Jimmy’s performanceat the Maldron at lunchtime on Friday – and he did not disappoint! 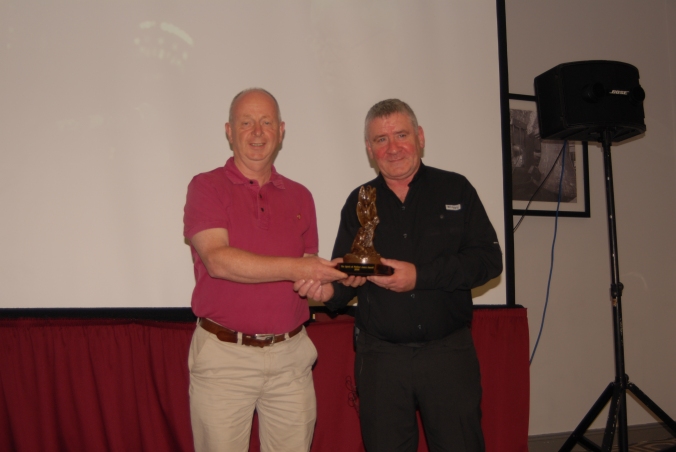 Pat Egan from Unite, the Union, Scotland accepts the Spirit of Mother Jones Award 2016 on behalf of the late Dave Hopper and the Durham Miner’s Association. Pat will be forwarding the Children of Lír inspired award to the association. Making the presentation was Ger O’Mahony of the Cork Mother Jones Committee 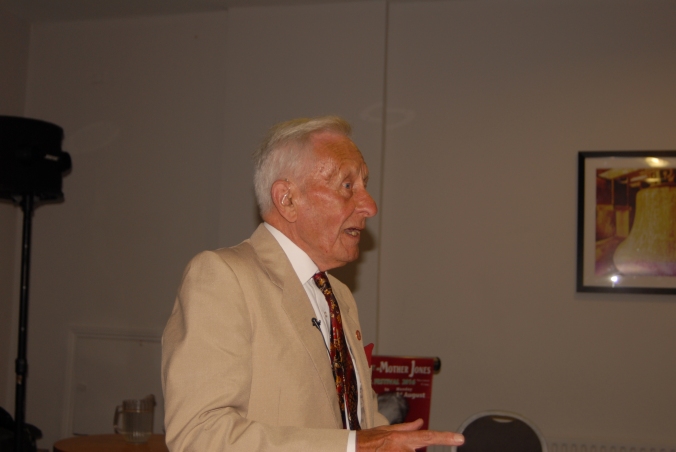 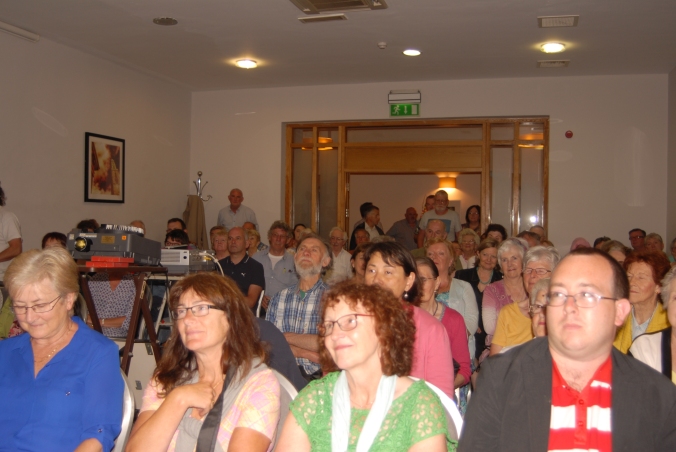 Shot of the crowd who packed in for Dr. Sean Pettit’s talk. 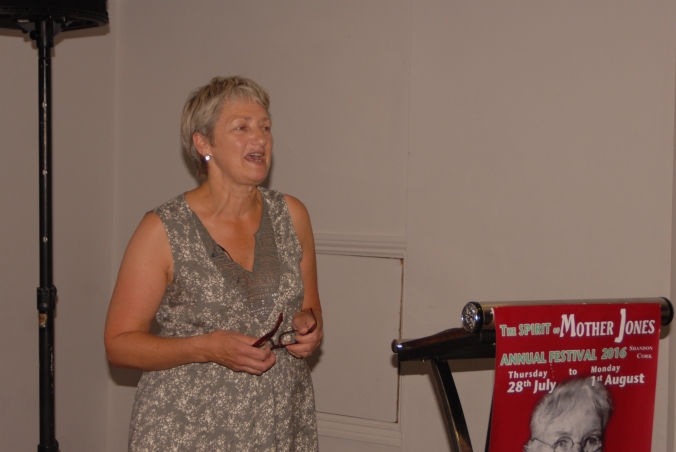 We were delighted to have in the audience Bernadette Wallace (right) who is the niece of the sisters Sheila and Nora Wallace. Her presence gave a sense that the links between the past and present are much closer than we sometimes realise.