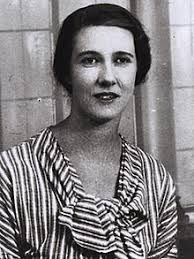 Mary Elmes was born on 5th May 1908 at Cul Greine, 120 Blackrock Road in Cork. Edward Elmes, her father was originally from Waterford and her mother was Elizabeth Waters from Cork. The family ran a pharmacy at 4 Winthrop Street, in the heart of Cork city, were prosperous and lived in Ballintemple near Blackrock. The family had military connections and several relations served in the British Army abroad.  Elizabeth Elmes was also friendly with Mary McSwiney having worked together in the Munster Women’s Franchise league. The family business premises appears to have been damaged in the burning of Cork by British soldiers on the night of 11th December 1920.

Mary Elmes attended Rochelle School, on the Old Blackrock Road, now closed and incorporated into Ashton School in Cork. In 1928  she enrolled at Trinity College, Dublin where Mary had an outstanding academic career. Top of her class, she was a scholar in 1931, was awarded a gold medal and gained a first-class degree in Modern Literature (French and Spanish).

After the completion of her studies, in February 1937, Mary was invited by Sir George Young, a former British diplomat and journalist to join the University of London Ambulance Unit and was sent to a children’s hospital in Almeria in then civil war-torn Spain. 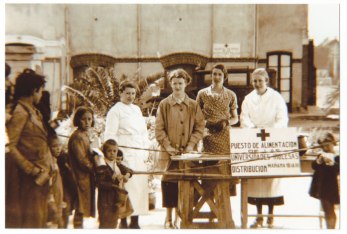 She ran a children’s hospital in Murcia from May 1937, and worked for a period alongside Dorothy Morris a nurse from New Zealand. January 1938 saw her appointed as administrator to a Quaker established hospital in Alicante. She was not a Quaker herself.

The Quakers looked after victims on both sides of the civil war, however Mary’s work was mainly with Republican children and civilians. The hospital in Alicante came under aerial attack from the Fascist airforce with aircraft provided by Germany and Italy and had to be evacuated. In mid-1938, Mary moved inland to the mountains near Polop where they worked from an abandoned villa for the remainder of the year, caring for over 30 children.

By early 1939, as the Fascists, with superior resources defeated the Republican government and ground out victory, millions of Spanish became refugees in their own country. During the following months, some 500,000 defeated Republicans and their families fled to France.

Mary eventually left Spain over the border to France in May 1939 and returned home to Cork where she stayed for a month, before volunteering to work in the Spanish refugee camps in the South of France. She worked out of Perpignan for the Quaker led International Relief organisations, distributing aid, supplies clothes and books.

World War 2 was declared on 2nd September, placing the humanitarian effort in the South of France in jeopardy. Later on 22nd June 1940, following the invasion of northern France and the fall of Paris, France became divided into the German occupied North and the collaborationist South under the Vichy regime of Marshal Petain.

The Vichy south was flooded this time by refugees from the north of France and again back in Perpignan, Mary found herself in the middle of a new humanitarian disaster. She was increasingly critical at the actions of the Vichy government towards Jews who were being rounded up and placed in concentration camps yet was also trying to prevent the expulsion of the humanitarian agencies, such as those run by the Quakers from the area.

Mary, known as “Miss Mary” to many refugees, worked tirelessly to bring aid to the Rivesaltes camp, local schools and other nearby facilities, where hunger and malnutrition was growing.

Relief organisations, including the Quakers, fearful of their fate, began attempting to get Jewish children out of the camps to America or into local respite homes where they might escape the Vichy authorities. The summer of 1942 saw the beginning of the systematic deportation of all Jews to extermination camps in Eastern Europe. 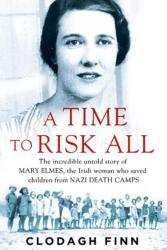 From August to October 1942, Mary Elmes, with assistance from some colleagues and others, rescued dozens of children from Riversaltes, taking them to safe houses or helping them flee the country altogether. Well aware that she was putting herself at risk, Elmes bravely hid many children in the boot of her car and drove them to safe destinations. She aided many others by securing documents, which allowed  them to escape through the underground Resistance networks in Vichy France.

From November 1942 onwards, the Nazi grip of terror tightened. In February 1943, Elmes was arrested on suspicion of aiding the escape of Jews and was imprisoned in Toulouse, later being moved to the notorious Fresnes Prison run by the Gestapo near Paris, where she was incarcerated .She was finally released without charge on 23rd July 1943. Her own children believe she may have been released after an intervention by Eduard Hempel, the German Ambassador in Dublin.

Immediately returning to Perpignan, she continued her humanitarian work for the Quakers until June 1946. She married Roger Danjou and settled into a domestic lifestyle, raised two children, Caroline and Patrick and remained mostly silent about her extraordinary activities over the previous decade. After almost a decade of difficult relief works in two major wars and taking huge personal risks, she lived a quiet life. She refused the Legion d’ Honneur, offered by the French State. Her work still unknown and unrecognized, she died in France on 9th March 2002 at the age of 93.

Eventually recognition came for her courageous humanitarian work and her efforts to save Jewish children from the Nazi genocide. On 13th January 2013, she was recognized in the Garden of the Righteous Among the Nations, at Yad Vashem in Israel. Later in February 2019, the Cork City Council voted to name the new pedestrian bridge across the River Lee as the Mary Elmes Bridge.

Anne Twomey of the Shandon Area History Group will tell the story of Mary Elmes at the Firkin Theatre, Shandon on Thursday 1st August at 7.30. All are welcome.

A Time To Risk All by Clodagh Finn. Gill Books 2017