Admission is free and all are welcome. 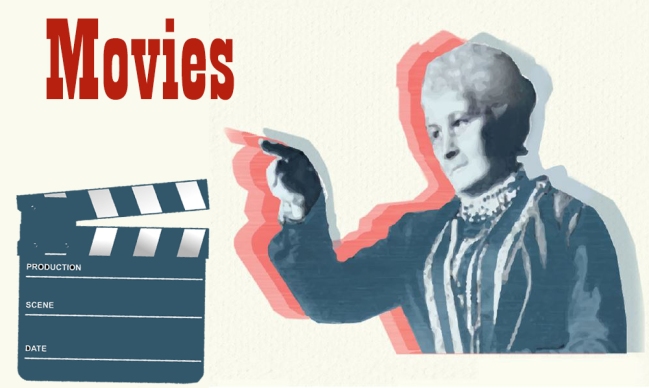 Mother Jones: America’s Most Dangerous Woman is a documentary about the amazing labor heroine, Mary Harris Jones, known as Mother Jones. Mother Jones’ organising career influenced the history of early 20th century United States. She overcame class and gender limitations to shape an identity that allowed her to become an effective labor organiser in the early 20th century. Mother Jones transformed personal and political grief and rage about class injustices into an effective persona that led workers into battles that changed the course of history. The terrible conditions and labor oppression of the time motivated her to traverse the country, in order to organise against injustices. This film also gives a deeply moving account of the Ludlow Massacre.

Cathedral Visitor Centre 2.50 pm “Mother Jones and her Children” a film by Frameworks Films and the Cork Mother Jones Committee.

This film tells the story of Mary Harris (1837 – 1930) from Cork who went on to become known “the most dangerous woman in America”. Starting with her early years in Cork, this documentary goes on to detail her life in America following the famine, her marriage to George Jones and the birth of her four children. It details the tragedies which befell her. Her growing involvement in the labour movement in America, defending the rights of children and workers is documented. Through interviews with leading experts on Mother Jones, we learn of her fearless and tireless campaign to organise workers at a time of severe labour strife and her international legacy today.

“Fords – Memories of the Line”. A documentary produced by Frameworks Films and the Ford Ex-workers’ Group. Irish Premiere.

‘Fords – Memories of the Line’ is a documentary about what is was like to work on the assembly line at Ford’s car manufacturing plant in Cork, which operated from 1917 to 1984. Much as the workers built the cars on the assembly line, a group of former workers build a picture, piece by piece, memory by memory, of life on the line. 2017 marked the centenary of the foundation of the factory in Cork and in this documentary, it is the men who built the cars, rather than the man who founded the factory, Henry Ford, who are celebrated, although his role too is acknowledged. Finally the documentary details the final closure of the factory on 13th July 1984 and the impact this had on the men, their families and the city of Cork. Over 800 workers lost their jobs with the closure.

This documentary as told by the former Ford workers should not be missed by anyone who worked in the factory on the Marina or their family members.

Firkin Crane Theatre 6.00 pm “Up to the last Drop – The Secret Water Wars of Europe.”

This timely documentary poses a central question: Is water for the European Union a commercial product or a human right?

As Europe is going through a crisis that is not solely economical, millions of European citizens demand a response to a crucial question: is water for the European Union a commercial product or a human right? Until today, the European Institutions have not given a clear answer. The EU has still to recognize water as a human right, as the UN did in 2010.

At the same time, cities, regions and countries all around the world are increasingly rejecting the water privatisation model they had adopted for years and are municipalising services in order to take back public control over water and sanitation management.

Although Berlin and Paris have recently taken back public control over their water services, the financial and political European elites are demanding from Greece, Portugal and Ireland to privatise their public water systems. Provisions about water can be found in every bailout agreement, which Greece, Ireland and Portugal have signed with the Troika signed between the debt-ridden countries and their lenders.

Up To The Last Drop follows the money and the corporate interests during a period of four years in thirteen cities of six EU countries. It’s a documentary film about water that reflects contemporary European values and the quality of the current European democracy.

Presented in association with the Quay Co-op and in conjunction with Cork LGBT + Pride Week.

In memory of Mark Ashton.

Pride was produced by the BBC Films and directed by Matthew Warchus.

This film is a true story of solidarity between an improbable alliance of Gay-rights activists known as the LGSM, (Lesbians and Gays Support the Miners) based in London and the striking miners from the Dulais Valley in South Wales.

The year is 1984 and the miners, led by Arthur Scargill, are on strike across most of Britain. The proud mining communities are suffering from the draconian actions imposed by the Margaret Thatcher led government and Tory press which have vowed to crush them.

The frisson and bonds between the gay rights activists and the mining community are portrayed with an accuracy, sensitivity and an edge rarely captured on film. It is an emotional journey for anyone who has ever felt marginalized and the final scenes are simply unforgettable. Pride, which portrays actual events and real people will renew people’s faith in basic solidarity and its legacy will endure.